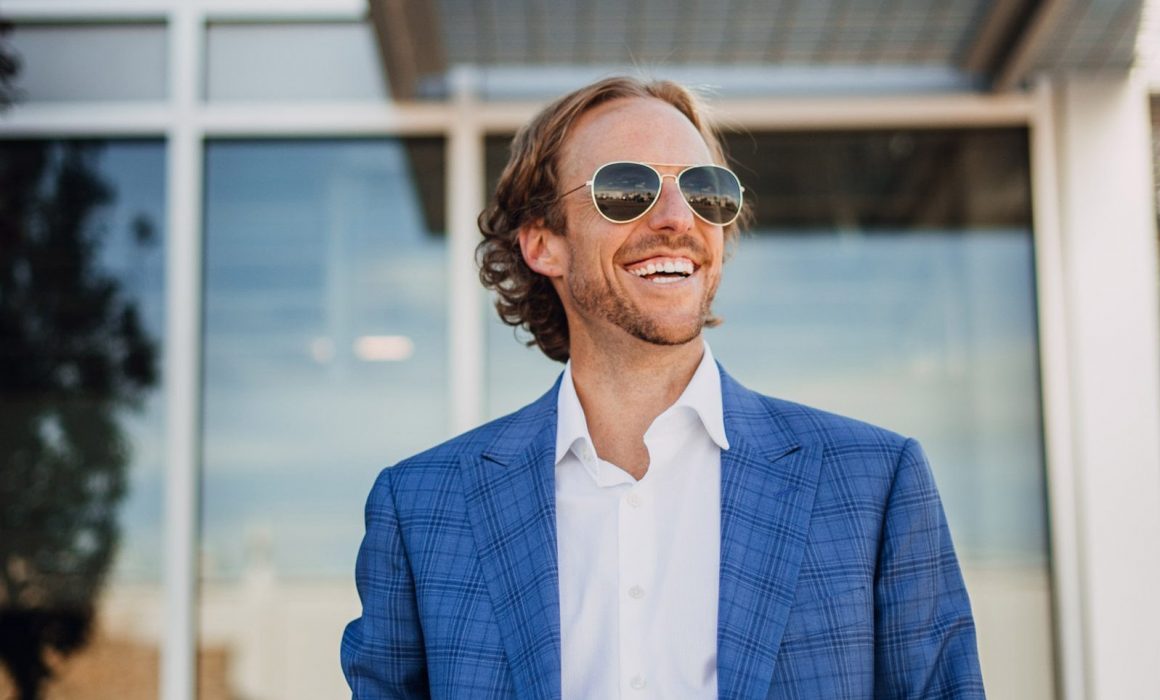 Hey hey! Welcome back to The Bullpen Sessions! I am super passionate about today’s topic, and I believe it can help you end 2020 on a high note. We’re going to be talking about the four steps and mindset you need to finish this year strong and start 2021 with momentum!

Are you struggling to stick with your healthy habits? You know, the ones you locked in before COVID-19 to set yourself up for success? I have heard way too many people talk about the COVID-19 in reference to the 19 pounds then put on during quarantine. That’s so saddening to hear. Why? Because it means you’re not owning your life!

There is so much more for you that 2020 has to offer than an extra 19 pounds. I get that you’re trying to balance multiple roles in your life — employee, business owner, husband, wife, father, mother. It’s a struggle. But you gotta get your healthy habits — time management skills, regular self-reflection, and mindset growth — back in check if you want a chance at your original goals.

I believe this so strongly that I want to help you. So, I’m hosting a free 10-day challenge starting mid-November to Thanksgiving to help you re-establish your habits. If you know this is something you need, just text the word “challenge” to (414) 622-1462. It’s going to be a gamechanger for 2020 (and give you a jumpstart in 2021). You do not want to miss out on this!

Now, let’s talk about what baseball playoffs and the last quarter of 2020 have in common!

If you back up to mid-September, in major league baseball during a regular 162 game season, there are three types of teams. There are the teams so far ahead in the division that they already know they’ll make it to the playoffs — teams like the Los Angeles Dodgers. They will play hard all through September, but not all out because they don’t have a whole lot to play for. They already know they’re going to the playoffs.

On the flip side, you have the teams that are some of the worst in the league. (Sorry if you’re an Orioles or Detroit Tigers fan.) These teams won’t play super hard in September either because, again, they don’t have a whole lot to play for — they’re already eliminated from the playoffs.

And then, there are the middle teams. The dangerous ones. The ones that have something to play for. They’re the teams fighting for the last few spots in the playoffs — the wild card spots. They play like every single game matters because it does!

This reminds me of the summer of 2000. I was pitching for the Helena Brewers up in Helena, Montana. Something really interesting about the Brewers organization that year was that they had two teams in the same league, the Helena Brewers and Ogden Raptors. The Helena Brewers that year were the second kind of teams we discussed. And, quite frankly, we weren’t very good. In other words, we didn’t have a whole lot to play for. The other team in our organization, the Ogden Raptors, on the other hand, had a stacked roster and a chance at the playoffs. They had a lot to play for.

By the time August rolled around, my team — the Helena Brewers — were out of the playoffs. And I’ll tell you, when you’re on a team that’s losing and has nothing to play for it’s really easy to start looking forward to the offseason. Truthfully, I was already looking forward to going home to Milwaukee. I had a semester of school to finish up, and I just wasn’t excited about the game of baseball anymore.

But then, during our last road trip to Missoula, Montana — I believe it was the second game of a three-game series — I received news that I was being shipped down to the Ogden Raptors. I was going to serve as a middle reliever for their playoff run!

With about a week and a half left in the season, I packed up my bags, and I jumped on a flight. Within hours, I was no longer a Helena Brewer with nothing left to play for. I was an Oregon Raptor with everything to play for. Every single game mattered. Every single pitch. Every single run. It all mattered because we were fighting for a spot in the playoffs!

Unfortunately, we were eliminated in the first round of the playoffs. But my point is, there’s a huge difference in mentality between playing for a team that has nothing to play for and playing for a team where every game means something! When every single game must be a win, there’s momentum, and you feel unstoppable.

I’m sharing this with you today because I am having far too many conversations with insurance reps and financial advisors who have literally given up on this year. They tell me, “Andy, I’ve given up on selling anything between now and the end of the year. I’m just getting ramped up for a good start to 2021.”

Wait, really?! You’ve already given up when there are 60-75 days left in this year?! The year isn’t over yet. You’re not eliminated from the playoffs in 2020. You still have something to play for!

So, if you’re one of those people who have already given up on this year and you’ve decided to get ramped up for 2021, I want you to know something: There’s a very good chance, come December 31st, you won’t be prepared for a strong 2021. How do I know? Because you’ll start January, just like you ended 2020. And you’ll be frustrated by the end of the first quarter.

However, if you go at the rest of this year with the mentality of a team that is fighting for a playoff spot — like every day, every habit, and every sale matters — you still may not reach your 2020 sales goal, but you will go into 2021 with some damn good momentum.

If you want a shot at finishing 2020 strong and starting 2021 with momentum, it’s time for a mindset shift. You need to decide that you’re not giving up on the rest of this year. Stop getting ready for next year and get clear on what you have to fight for these last two months. I want you to wake up every day knowing you have something to play for and that everything you go after is a must-win!

Because even if you don’t hit your goal, you will end this year with a shit load of momentum. I’m telling you, this kind of momentum is so incredibly valuable that I don’t want you to miss out on it. So, here’s a four-part strategy to give you clarity about what you’re going to get after and start building that momentum for 2021.

Finish Strong and Build Momentum Step #1: Sit down, right now, and write down what your number one goal is, come December 31st. In other words, on December 31st, what is the number thing you want to have accomplished? Write it down!

Finish Strong and Build Momentum Step #2: Now, you’re going to reverse engineer the math. Because business is a game of math, right? So, I want you to look at the goal you just wrote down (for many of you, it’s going to be a sales goal) and say, “How many sales do I need to make each week to reach this goal?” or “How much money do I need to make to meet this goal?” Whatever it is, make sure you have exact numbers.

Finish Strong and Build Momentum Step #3: You’ve reverse engineered the math. Now I want you to start putting dates to the math. When you take that break on Thursday, November 26th, to sit down and have turkey with your family, where do you need to be so that you can hit or exceed your goal by December 31st? Once you’ve got that written down, figure out where you need to be by the end of next week to be where you need to be on Thanksgiving.

Finish Strong and Build Momentum Step #4: Last but certainly not least, for you to be on track by the end of the next week, what do you need to do today? Got it? Write that down, too, and get after it!

The purpose of this exercise is to take a lofty goal and make it attainable. When you create a lofty goal, and with no game plan around it, you end up just staring up at that big goal. You are going to get frustrated immediately. But if you take the time today to figure out where you want to be by December 31st, where you need to be on Thanksgiving, and exactly what you need to do today to be on track, you’ll have direction. When you know what you’re fighting for and have a clear plan, you can start playing like everything matters, because it does!

At the end of the day, your actions are the only thing you can control. Can you control the outcome? The result you’re going to have on Thanksgiving and where you’ll be at the end of the year? Technically, no. But you absolutely can control what you do today to put yourself in the best position to meet or exceed your goals.

If you get laser-focused right now, waking up each day knowing exactly what you have to play for and getting after it, 2020 won’t be a wash. Even if you don’t hit your goal, the worst-case scenario is starting January 1st, 2021, with a shit load of momentum.

So what are you going to do?

Are you going to sit here like the last-place team in the division saying, “We’ve got nothing to play for?” And be like me in early August of 2000 looking towards the offseason? Or are you going to go at it like that team fighting for a wildcard spot, with two months to go?

It’s time for you to wake up sharp!

Every game matters. You have a plan. Now get after it!

Thank you for sharing your time with me. If you enjoyed this, please do me a favor and head over to Apple Podcasts. Subscribe to the podcast, leave a review, and five-star rating! And if you know of anybody in your life — family member, friend, or colleague — that you think would benefit from this message, share it with them. Don’t forget to share a screenshot of this on Instagram, tag me @andy_neary, and share what you learned!