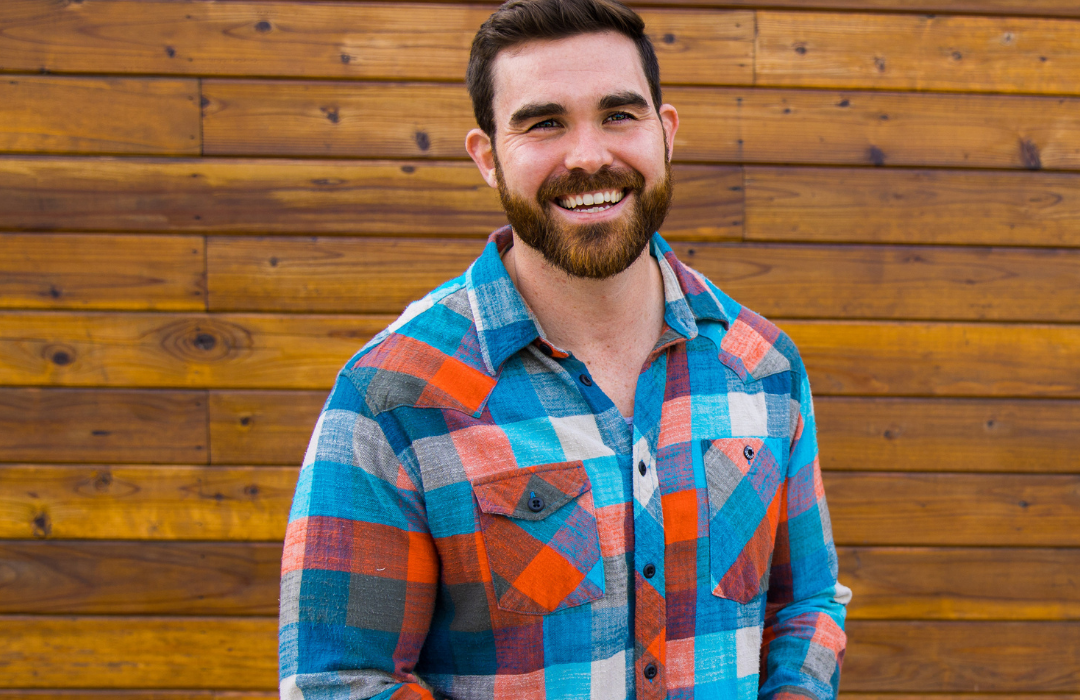 Let’s face it: We are in the middle of a male mental health crisis. Many men are being asked to put their emotions, struggles, or mental battles on the back burner, and as a result, they don’t know how to process their experiences correctly. Men are struggling with limiting beliefs that need to be changed.

But there’s good news: my guest today is an expert in the art of masculinity. Keep on reading, because he has a lot of tidbits to help men everywhere overcome negative beliefs that we all battle today. We’ll talk about mindset, staying present, building the right foundation, and staying true to yourself.

Friends, I’m so happy to have Johnny Elsasser on the Bullpen Sessions to share his story with you all. In this episode, we cover his journey from joining the military to starting The Art of Masculinity and helping men become their authentic selves. This conversation was so enlightening for me, and I believe it will be so for you too.

Who Is Johnny Elsasser?

Johnny is the founder of The Art of Masculinity, a coaching program designed to help men own their masculinity in a way that honors them and not what was created for them.

Johnny comes from Fresno, California, and has a storied military career. He served in the elite second battalion, 75th Ranger regiment. He had four combat tours between Iraq and Afghanistan.

Johnny describes his old self as happy and incredibly present when he was a child, so much different from when he got back from the military. His depression led to a failed marriage, which fueled a more difficult life for him,

Through his podcast, The Art of Masculinity, he is able to help men find strength and develop masculinity, be consistent with who they are and what society expects them to be; even in the midst of great trials.

Johnny grew up in a blue-collar family. His dad was a mechanic, and his mom was an accountant’s assistant. Neither of his parents graduated from college, so they were adamant that Johnny did, but he was always in the present moment —something he described as a blessing and a curse. He never thought about the future.

“At the end of high school, I didn’t know what I was doing. I didn’t know how to sign up for college. I didn’t know where to go get money from. I didn’t even know where I [was] going to go. And I stumbled into some army recruiter’s office. It was literally just because I was present, and I was not fearful of anything in the future that I didn’t really have anything holding me back. So I went in and talked to him. I was like, ‘This sounds cool.’  [I] thought I could get army Rangers in a contract.” – Johnny Elsasser

This was the beginning of Johnny’s journey. By being present, he impressed a drill Sergeant who loved his passion — and who basically ended up bringing the contract to him.

“Fortunately, the way my story worked out — it was like the universe conspired for me. I was a stud; I was running two miles in like 11 minutes and 30 seconds. And I was maxing out pushups and pull-ups and everything else. The Sergeant loved me.” – Johnny Elsasser

Being in the army, Johnny was all about what’s happening in the moment. His journey wasn’t easy, but he kept the faith.

One of the most important lessons that Johnny wants to impart is the importance of putting in the work and really understanding the fundamentals. Whether you’re at work or on the sports field or the battlefield, you have to be present when learning the basics.

“I’m a huge proponent — and this is how I also coach men — it’s all about the fundamentals and the foundation. People think that you can rise to the occasion, but you do not rise to an occasion. That’s false. No elite person rises to an occasion. What happens is when you’re down to your sympathetic nervous system and your consciousness kind of shuts off, you’d be basically resorting back to your foundations. So it’s the level of your foundations which makes you elite.” – Johnny Elsasser

What Being a True Leader Means

One of the things that I admire about Johnny is that he’s a true leader. He believes that being a leader is not about barking orders at your people. It’s about setting an example and doing the work.

“The biggest thing, in my opinion, is that if you’re truly going to be a leader in any environment, you have to be willing to get back in the trenches with the people that you work with or that are looking up to you. I think a lot of times people, especially men, are inherently looked at as leaders, and if you’re just sitting there directing people, not wanting to get back down in the trenches and you just want to have some control and power, like you really need to evaluate who you are as a person.”  – Johnny Elsasser

He also explained how men have this misalignment with who they are and what they’re supposed to be doing as leaders.

Johnny’s Transition Back to Real Life

When you give your all to one thing, it tends to become a part of you. When Johnny left the military, he struggled with that transition because he felt like he lost a piece of his identity.

“I came back home, … at the time I was engaged, and then I was married. And it took about six months — I’ll never forget — I was working behind a desk. And I was like, ‘Wait, who am I? What am I even showing up for? What am I pressing these buttons for? There’s nothing behind this. There’s no bigger purpose for this. So who am I showing up as today?’” – Johnny Elsasser

This cost Johnny his first marriage and was one of his biggest life lessons.

“I woke up, and I hated the guy I saw in the mirror. And that was my realization — that I didn’t know who that was anymore, and I didn’t have a purpose.” – Johnny Elsasser

The Art of Masculinity

Folks, Johnny has done incredible work with his coaching program. He discusses what it means to be a man today. It’s such an important topic today because I feel like so many men in this society are struggling with their emotions.

Johnny and I further talked about how fundamentally we’re predisposed to external influences from a young age that tell us who we are as men, how we’re supposed to act, what is okay.

“Men nowadays are struggling because they’re told the way that they were conditioned …  is wrong, and there’s nobody that can say any of that is wrong. But what we can say is that society has evolved. And as men, we have to evolve as well to embrace our own authenticity, regardless of what that means.” – Johnny Elsasser

Johnny advises embracing your authenticity. To do that, you need to look back at who conditioned you at a young age, right? From ages zero to seven or eight, you’re in this mode of absorption. You’re manufacturing your blueprint for masculinity at that point from either a mentor or the media.

I think Johnny is absolutely right. You need to have these down to three to five traits that will be your foundation. When you’re not thinking about anything else, you still show up as that guy every day. Then you’ll be authentic, right? You’re in alignment with who you are, and you’re not coming home regretting what you did that day. Maybe you can improve tomorrow, but you don’t come home beating yourself up, and that’s where the power in authenticity comes from.

This interview was empowering, and there’s more where that came from. To connect with Johnny, send him a DM on Instagram, and make sure to subscribe to his email list to be notified of events that he’s having. You’ll be glad you stayed in the loop!

Also, don’t forget to share this episode with someone who needs to hear it! Tag me, @andy_neary, and Johnny Elsasser, @johnny.elsasser, with a screenshot of your biggest takeaways on Instagram — I’d be extremely grateful!

Here’s the last thing I want to leave with you: Remember that where confidence and clarity collide, action happens. Before you can be your best for anybody else, you have to work on being your best for yourself, and that’s not selfish. Don’t be afraid to be disliked. Be your authentic selves. Go make it happen today, everybody!

Thanks so much for reading!