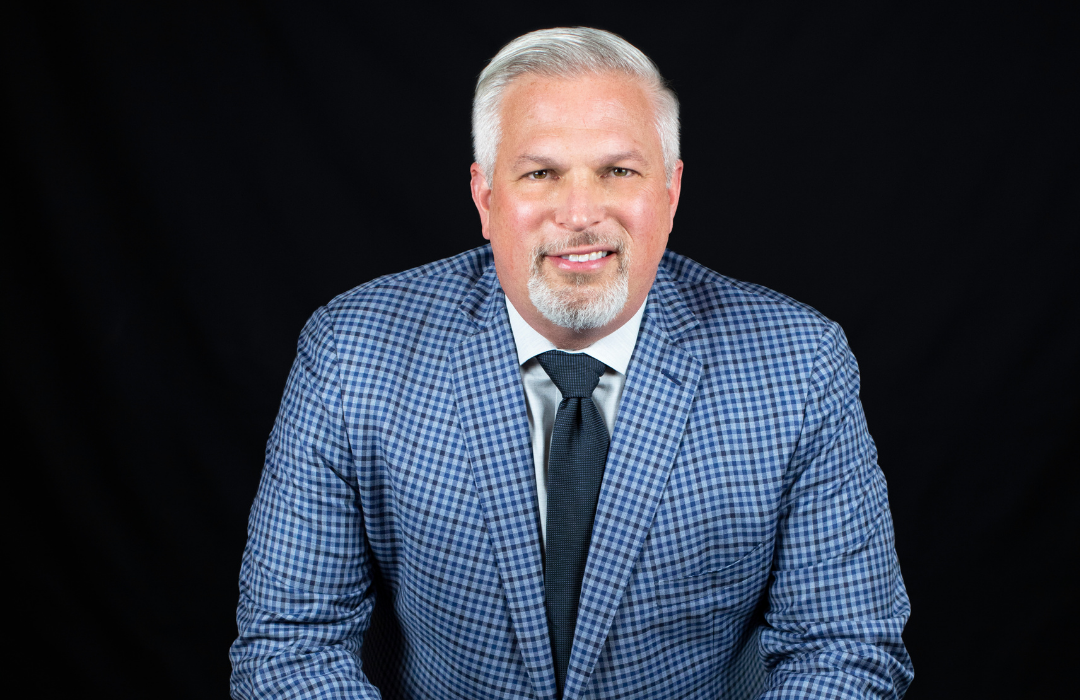 Hey hey! Welcome back to Bullpen Sessions! Each week I sit down with abundant thinkers who are making a difference in life. We deconstruct the formula they are using to achieve ultimate success in businesses and in life to help you unpack your life so you can also achieve the same level of success. So, grab a pen and paper, and take down notes as we are about to go on a wild ride. Here we go!

I am super excited about this session because I have an amazing guest — Joel Goldberg. One of the major changes of the Tuesday Bullpen Sessions is that I will start focusing on interviewing former and current professional athletes, and those associated with professional sports. Joel Goldberg definitely fits into that category.

Who Is Joel Goldberg?

Joel is the founder of Joel Goldberg Media, and he is also the author of a fantastic book, Small Ball Big Results, which talks about the little things in life that add up to big results in sports, in business, and in many aspects of life. Joel is the host of a popular podcast, Rounding the Bases, and he is also a part of the Kansas City Royals’ broadcast team as the host of the pregame and post-game shows of the Royals Live. So, if you want to catch the latest updates on the Royals, follow Joel Goldberg on Twitter. You can also check out all his episodes of Rounding the Bases at his official website blog.

What makes this episode really exciting is that we dive into how small-market teams in business can achieve amazing results, just like the Kansas City Royals did in 2015 as the World Series champion. When you lead a team like the Royals, you have to put the right people together in the team and create a winning culture for the entire organization — and by the way, the same principle applies in sports and in business.

Joel also discussed his long broadcasting journey, his rise to where he is today and his work for the Royals. We also talked about his co-host, Jeff Montgomery, an undersized minor league pitcher who rose all the way to the major league level and ended up as an all-time sales leader of the Kansas City Royals. How he applied the principles in sports to business is something you will learn in this special episode.

So, buckle up and get ready to learn a lot from this session.

Building a Championship Culture Around the Community

The Kansas City Royals went through many struggles and challenges. They incurred 97 losses in 2009, 95 losses and 2010, 91 losses in 2011, and 90 losses in 2012. Then all of a sudden, things changed. They found themselves in the World Series in 2014 and won the World Series championship title in 2015. Joel was a part of that journey every step of the way, so I had to ask him what happened inside the Kansas City Royals organization that allowed them to make such a drastic turn.

Joel recalled his first encounter with Dayton Moore in 2007, the General Manager of the Kansas City Royals. He recalled asking Dayton Moore about his plans for the team he managed since 2006.

“What are you hoping to accomplish? What are you doing? And he said, ‘I’m looking to build a championship culture.’” – Joel Goldberg

Joel was absolutely amazed by Dayton’s positive mindset and his long-term goal for the team. Although he was skeptical at first, considering that the team was losing ninety to a hundred games per year, he soon realized what Dayton meant when he talked about building a championship culture and its impact on the team winning the title.

It was not just about the team. The culture that Dayton Moore was talking about building goes beyond the team in the locker room but extends toward the fans and the people involved around the games, such as the ticket holders, the ticket vendors, the accountants, and the security staff.

The culture Dayton Moore built over the years has become phenomenal as observed during the victory parade for The Royals in 2015 in Kansas City, whose population was close to half a million people.

“Early November 2015, the parade in Kansas city had 800,000 people. … We don’t have 800,000 people living in the city here. But I remember the night before — you certainly couldn’t get a hotel in the city because everyone that had come in from out of town had scooped up every single hotel. … That was the culture that he was talking about. This didn’t just happen overnight. This didn’t just happen because of one lucky season.” – Joel Goldberg

“What they haven’t lost is that culture. That culture that he mentioned to me back in 2007 has been there. So he had to spend eight years building that culture. … The culture hasn’t left.” – Joel Goldberg

Dayton Moore is the key figure in the championship culture of the Kansas City Royals organization. He is truly an outstanding leader who is very instrumental in raising the team and the fans from a perennial ninety losses per season to the culture of 800,000 people parading the streets of Kansas City, celebrating a World Series title. I asked Joel Goldberg what personality traits he saw in Dayton Moore that made him accomplish such a feat over a span of eight years.

“Well, authenticity for one — there’s no fakeness in him. … That authenticity of being real certainly resonated with this community. But more importantly, I think that … there’s a consistency to these players that have been in this organization. … So, there’s been consistency.” – Joel Goldberg

The authenticity of Dayton and the consistency of the players created a perfect combination in forming a championship culture around the Kansas City Royals community. This culture allowed The Royals, who was then a small team not making so much noise in the stadiums, to achieve big results, rocking the stadiums and the streets of Kansas City with thunderous cheers during their victory in the World Series title.

As we talked about starting small to getting big results, it reminded me about Joel Goldberg’s book, Small Ball Big Results. I asked Joel what lessons can we learn from the Kansas City Royals that some businesses could apply to remain competitive and take over the ‘big boys’ in the industry. Joel responded with a fury of questions.

“What is [a] small ball to you? What are the little things that add up to the big things in your world? Ask people about the biggest home run they’ve hit — the biggest swing and miss. I’m not talking in terms of a baseball field, … small ball to me is the culture question. It’s your identity. It’s the little things that you do that, maybe, people don’t see.” – Joel Goldberg

It is all about creating an identity that you can turn into a culture. The little things you do every day and the consistency to keep doing it create your identity. You can use your identity to form a culture that takes care of others and treats people as human beings, empowering them to work for a common goal.

Just as the Kansas City Royals did to achieve victory by creating a championship culture around its community, you can also do the same in business. You can create a culture in your workplace — a culture of leaders and achievers with a winning mindset working as a team for a common purpose.

“It’s a mindset, … and when you have that mindset, you can accomplish anything. [It] doesn’t mean you’re going to win championships every single time. No! But when you get the culture right, you’re going to, for the most part, be in the discussion every day.” – Joel Goldberg

Wrapping It Up with the Jeff Montgomery Story

I would like to wrap the discussion by taking it up to the individual level, and the first person that came into my mind was Joel’s co-host in Rounding the Bases, Jeff Montgomery. Jeff was a five-foot, 170-pound pitcher who did not throw a hundred miles per hour like Jordan Hicks. And yet, Jeff Montgomery is known today as one of the greatest closer or reliever in Royals’ history.

I asked Joel to share Jeff’s journey to benefit those who don’t have the mindset to be great and prove that lack of resources should not be a hindrance to success. We can all learn a lot from Jeff Montgomery’s rise to the minor league, becoming the all-time sales leader for the Kansas City Royals.

Doing something productive every single day is the key lesson of the Jeff Montgomery story. When Jeff joined the minor league with many future Hall-of-Famers like Barry Larkin, he was ditched by the coach who told him that he’s not as big as everybody else. But Jeff found something to improve on every single day.

You may feel like you can’t compete with the big boys in the industry in terms of resources. But you can do something with the resources you can control. Keep on improving your skills every single day. Just be better today than yesterday, and great things will happen.

Why You Should Listen to Joel Goldberg Podcast Episode Right Now…

Guys, you need to start following Joel Goldberg if you want to beat the big boys in your own field of business. There are valuable learnings in sports that you can apply in business and your life. Check out Joel Goldberg’s show on Apple Podcasts Apple podcast for more wisdom from his episodes.

Don’t forget to share this episode with those who need to hear it. Share the link to your friends, available at Spotify, YouTube, and Google Podcast. I would be extremely grateful if you would tag me, @andy_neary, and, @joelgoldbergkc, with a  snapshot of the episode along with your biggest takeaways on Instagram.

Whether you are an athlete, an insurance broker, or a sales agent, there is so much to learn from the Kansas City Royals’ journeys as an organization and Jeff Montgomery’s story as an individual athlete. Build a culture around the community in your workplace. Do something better today — go, and make it happen. Take care of yourself and the people around you every single day. Anything is possible.

Until next time, friends!