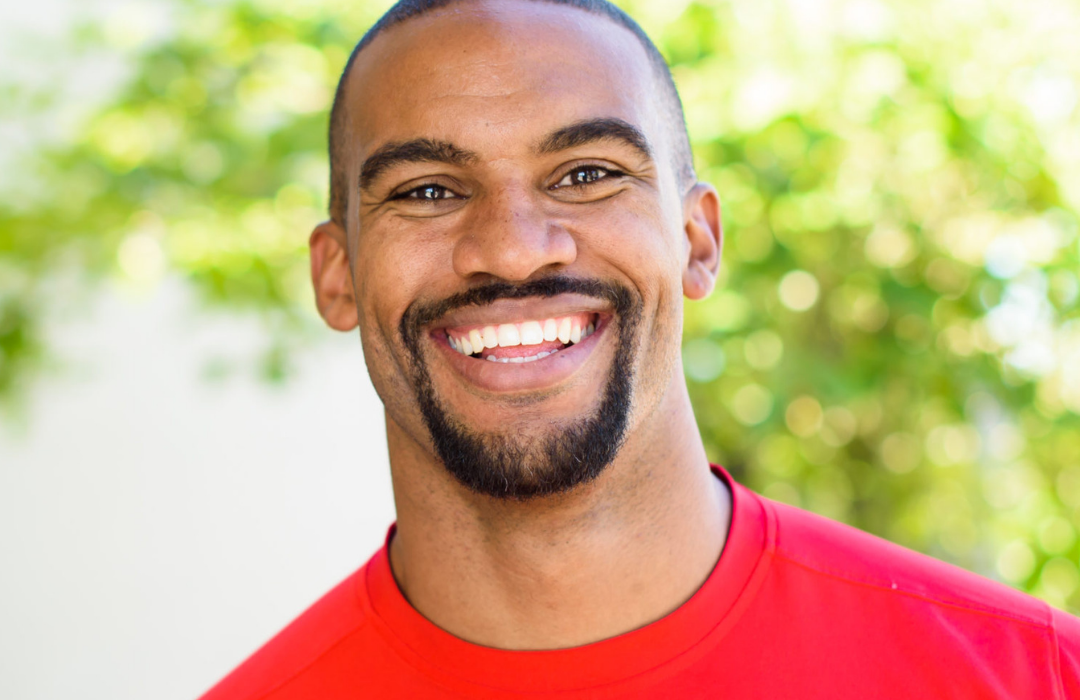 Hey hey, welcome back to The Bullpen Sessions — the podcast where I interview abundant thinkers to deconstruct the formulas they use to have success in business and in life. Strap in, guys, because I’ve got a great one for you today!

This interview actually comes from about ten or 11 months ago when I was doing a video interview series called “Major-League Mindset” where I would sit down with former pro athletes who were also having a lot of success in business to talk about their success mindsets. One of the people I interviewed for that series was Anthony Trucks, and I promise you are going to LOVE this guy!

Anthony Trucks is a former NFL football player who is now running an extremely successful seven-figure business. This man knows how to work hard and play hard, but his life has definitely taken some twists and turns. He knows what it means to completely recreate his identity, and he knows how to shape his mindset for success.

That’s why today, we’re talking about three of the biggest lessons Anthony has learned over the years. We’re discussing the idea that “what you create creates you.” We also go into the importance of learning to enjoy the monotony of success. And finally, we discuss the importance of enjoying the journey instead of only focusing on the destination. This conversation will inspire you and hopefully light a fire under you to create the life and business you want, so get ready to take some notes, and let’s dive in!

Who Is Anthony Trucks?

Anthony Trucks brings new meaning to the phrase, “the man, the myth, the legend.” Anthony grew up in the foster care system and was in and out of several different homes for most of his childhood. He was finally adopted at age 14, but soon after, his adoptive mother was diagnosed with multiple sclerosis. As an African American boy growing up in a white family and with a sick mom, Anthony wasn’t sure where he fit in. He had to shape his identity for himself.

As a kid, Anthony found that identity on the football field. He played football in high school and college at the University of Oregon and eventually made it all the way to the NFL. During his professional football career, Anthony played for Washington when they were known as the Redskins, the Tampa Bay Buccaneers, and the Pittsburgh Steelers. He had an impressive career, and he played at the top of his game for several years before retirement.

Eventually, however, a shoulder injury caused Anthony to get out of the football game. For a while, he struggled — He’d built an identity as a football player, so how was he supposed to be anything else? But eventually, he built a new career as a coach. He’s now the owner of Identity Shift, a program where he coaches individuals to “make success their second nature.” Anthony’s coaching business is incredibly successful, and he’s making a huge impact on the world today.

But that’s not all Anthony does. He’s also the host of the Aww Shift podcast and the bestselling author of Trust Your Hustle. And if you needed one more fun fact about Anthony — He was the first NFL athlete to ring the bell on NBC’s American Ninja Warrior. As if playing in the NFL weren’t enough, Anthony is also an epic athlete on reality TV!

I’m so grateful to Anthony for joining me on the video series, and I’m excited to present this interview to you today. He has a ton of wisdom to share, and he’ll teach us how to level-up our mindsets for greater success. Let’s get started!

“What You Create Creates You”

But football was important to Anthony. He enjoyed the sport, and he enjoyed being a part of the team. So what did he do? He set out to become great.

“I tried to figure it out, and I got to this point [where] I [was] like ‘You know what? I don’t want to settle this anymore. I want to be great.’ And then I worked my tail off to be a better athlete. … I didn’t get better at football because I practiced football. … What you create creates you. … when I created this faster, stronger athlete in the weight room … It gave [me] like a chip on my shoulder of confidence.” – Anthony Trucks

“It’s like saying, ‘I’m a phenomenal football player.’ Well, what does that football player do? My ego will make me lift weights, make me eat the right food, make me practice, make me try, and make me learn because those actions are going to solidify the identity and protect that.” – Anthony Trucks

The Monotony of Success

One of the toughest things about this process is not actually reaching “success.” At a certain point, you’re going to achieve your goal — Anthony certainly did. He became a great football player. At that point, the question changes. It’s not, “How can I become great?” It’s, “How can I stay great?”

“So what we did as teammates was every day I’m [in] the weight room. Every single morning, [we’re] eating the exact same breakfast. [We did the] same weight lifting session. … Then we go to our morning meetings. … You go get lunch. You go to practice … you watch more film, you go home, you get to sleep, and get back up and do it again. … It’s just like clockwork. It doesn’t move.” – Anthony Trucks

When Anthony was at the height of his football career, his days looked exactly the same. He followed a very strict routine of practicing, weightlifting, eating, sleeping, and studying game films just to maintain his level of success. That’s not the glamorous life of a star — That’s the monotonous life of a successful individual.

Here’s the thing about success that no one talks about: Very often, success is actually pretty boring. Of course, there’s always room to improve and keep learning and growing, but at a certain point, success is more about maintaining your current skill level and making sure you can continue to perform at a high level.

That’s true in the business world too. Once you’ve worked and grown and reached a certain goal, you’ve pretty much figured out how to run a business. At that point, while you can and should still seek to grow and improve, you also have to do a certain amount of maintenance to keep yourself sharp. You have to make a certain number of cold calls every week, attend the same meetings every day, and keep the same schedule. And while those things are necessary, they can get pretty boring.

And that’s why many people reach a high level of success and then lose it all. They’re unable to deal with the monotony of success, so they leave their hard work behind and start over building something new. But the greats — on the field and in the business world — stick it out and learn to enjoy the routine.

“Success is a consistent climb. And I think a lot of people … leave the mountain early. They head back downhill. … A lot of people are looking for the destination.” – Anthony Trucks

Anthony used the example of going on vacation. He imagined going on a trip, sitting next to a crying baby on a flight, getting lost in a weird city, losing his wallet, breaking his camera, and having a miserable time until he got to the hotel. In this scenario, even though the hotel was great, the trip was miserable — Not much of a vacation!

But what if he flipped the script? What if, instead, he chose to enjoy being on a smooth plane ride, arriving on time, and talking to the pretty woman sitting on his other side? Then, even if he arrived at the destination and the hotel was less-than-ideal, he’d still enjoyed the ride, and he’d be in the right mindset for a great vacation.

So much of success is about choosing to see the positive aspects of any situation. If you’re constantly in a state of frustration and stress over not having reached your goal yet, you’re never going to be successful because you’ll never be happy. But if you can learn how to enjoy the journey instead of just focusing on the destination, you’ll enjoy every day. You’ll take advantage of opportunities as they come your way, and you’ll live a much happier life.

Anthony Trucks is an inspiring guy. I admire how far he’s come in his business since retiring from the NFL, and I look forward to seeing the great things he’ll do next. At the end of our conversation, I asked Anthony to share his one mindset tip he’d want to pass along to new entrepreneurs, and his advice was gold:

“In my life now, [when] things … go wrong … it’s always my responsibility somewhere. And what I started doing is whenever I was faced with something [that] went wrong, and I wanted that lesson … I had to take that pain of acceptance because with it comes the power … to make a change for the next time. … So take your power back, [but] … take that damn lump with it.” – Anthony Trucks

In other words: Own your mistakes. Acknowledge it when you mess up. It’s painful, for sure. But when you take responsibility, you get your power back. You give yourself the opportunity to learn a useful lesson and do better next time. Wise words from a wise man.

I’m so glad Anthony could join me! If you loved this episode, please share it with your friends on Instagram! Tag Anthony, @anthonytrucks, and me, @andy_neary, and tell us your biggest takeaways from the episode. And don’t forget to subscribe and give me a five-star review on Apple Podcasts if you enjoy the show!

By the way, a great way to surround yourself with good people is to join my Complete Game Mastermind. This is my coaching program, and it starts in just five days! Masterminds are a great way to get coaching and put yourself in rooms with other entrepreneurs just like you. You can start building your community and gathering people around you who will support you and your growth.

Thanks again for joining me today, guys! I hope this episode inspired you as much as it inspired me.

I’ll catch you next time!