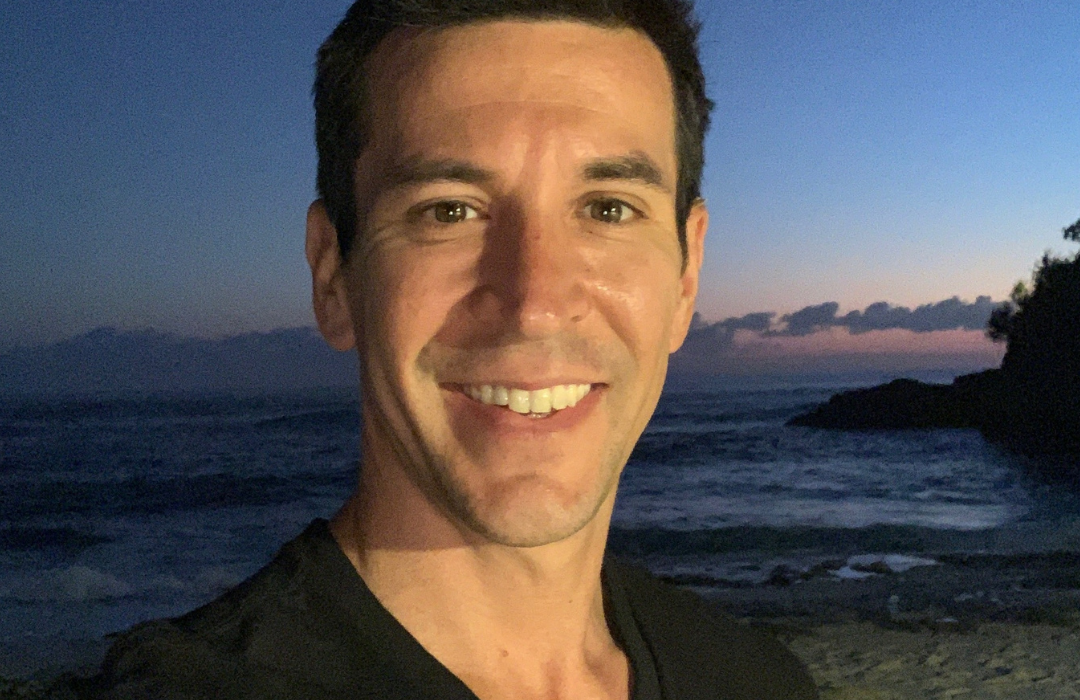 Hey, hey! Welcome back to another episode of The Bullpen Sessions!

In the entrepreneurial space, we talk a lot about mindset. What’s your mindset? How can you shift your mindset? What kind of mindset do you need to be successful? I’m sure you’ve heard all those questions before — they come up a lot in conversations among business owners. However, I don’t think anybody is more well-equipped to answer them than my guest today!

Arvin Anderson is the MAN. He’s an entrepreneur himself, but he’s also spent time working for some of the greatest self-help speakers and thinkers in the world — including Tony Robbins and Dean Graziosi. He’s learned a lot over the years, and today, he’s sharing his wisdom with us!

Arvin definitively chose to bring energy into every room he entered. He wanted to be the kind of person who lights up others, and I can tell you from experience that he does exactly that. I met Arvin in the Fast Foundations Mastermind last year, and I instantly loved his energy. I think you will too! So with that, let’s dive into our interview!

Who Is Arvin Anderson?

Arvin Anderson grew up learning about entrepreneurship. His father was a business owner, so Arvin was familiar with the lifestyle from an early age. However, he carried that belief that success in business automatically means working long hours, and for a long time, that belief did not serve him.

Then, when Arvin first struck out on his own, he experienced a problem. Growing up in the small town of Anchorage, Alaska, Arvin was used to experiencing deep emotional connections with others in his community. He understood the power of human interaction and connection from an early age. So when he first moved to Las Vegas to become a full-time entrepreneur for himself, he was struck by how difficult it could be to create those types of deep connections in a big city.

Arvin started working at a corporate job, and he stayed there for a while before eventually starting businesses in both real estate and CrossFit. But as he continued to grow and build his businesses, Arvin developed an interest in the peak performance mindset. He wanted to learn what makes a person successful and what enables someone to create the connections they need to build strong businesses. That’s how Arvin found the Mastermind world and how he ultimately connected with Tony Robbins and Dean Graziosi.

Arvin ultimately became a Coaching Director for Tony Robbins, and as such he facilitated a coaching program worth more than $6 million. He’s learned a lot about leadership, peak performance, and the coaching business in general, and Arvin was inspired to create his own coaching program. Today, he coaches countless people to help them become successful entrepreneurs. He knows that it doesn’t necessarily take more work and more hours to be successful — it’s much more about your mindset.

Arvin is passionate about helping his clients become the kinds of people who bring energy into the room rather than sucking the energy out. He’s dedicated to helping people create meaningful connections and develop the mindsets they need to succeed in business.

I learned a lot from my conversation with Arvin! We talked a lot about a limiting belief many entrepreneurs carry, how we can shift our mindsets, the power of Masterminds, and why it’s essential for peak performers to develop friendships and connections with other like-minded people. I think you’re going to get a lot out of this episode — I know I did!

Before I talk more about Arvin’s incredible mindset tips, I want to dive a little deeper into this limiting belief that many of us have as entrepreneurs. As business owners taking full responsibility for our own success, it’s easy for us to become addicted to hard work. We feel the pressure to push ourselves harder and harder to maximize our success, but often, that can become a problem.

Arvin definitely saw that tendency in his dad growing up, and it created some limiting beliefs:

“My dad worked constantly. … He would work long hours, and he would be at the store until midnight and then come home. And then [when] we [would] wake up in the morning, he was already back at work. So I really started to ingrain that belief — that in order to be successful, you have to just grind and work constantly, and you’ve got to sacrifice everything in your life to make it happen.” – Arvin Anderson

Have you ever felt that pressure? Do you feel like you have to work hard and struggle to become successful? Well friend, I’m here today to tell you that that’s not true. Successful people don’t work harder — they have the right mindset. They don’t force themselves to work because that only leads to burnout and low vibrations.

“If you love it, that’s one thing. But if you’re doing it from a really low energy kind of place and a low vibration … then you’re just … going to create results that reflect that.” – Arvin Anderson

Guys, I want to encourage you — put your time and energy into what you’re passionate about, but don’t sacrifice other important aspects of your life to do it. Spend time with your family and friends, and take time just to take care of yourself. You’ll still have time to crush it in business, but you won’t lose out on all the other beautiful parts of life!

Mindset: It’s All About Staying Focused

“But how are we supposed to be successful without working around the clock? What does it take to create the kind of success you’re talking about?” Friend, success isn’t about hard work — it’s about mindset.

We can’t always control everything that’s happened to us in our businesses. Sometimes, life throws us crazy curveballs, and it can take us a minute or two to recover. But we can control our focus. We can control what we choose to focus on in our lives and careers and be intentional about creating lives that don’t require us to work all long hours to make ends meet.

What are you focused on right now? Are you focused on creating financial abundance? Are you placing more emphasis on relationships? Whatever you’re choosing to focus on, I want you to get really good at honing all your energy in on that one thing so that you can maximize your success without burning out.

“Part of the practice that I’ve had over these last few years is being very intentional with how I’m feeling. … If I feel any kind of tightness in my body at all, … I [start] to breathe it out … and just really shift that focus, right? Like, what can I be grateful for right now?” – Arvin Anderson

Arvin knows that his focus needs to be on his mindset, so he developed his ability to tap into how he’s feeling and get into a mindset of abundance when he’s experiencing fear and scarcity. What do you need to focus on? Where do you need to direct your energy to level-up your career, improve your relationships, and build your dream life? You are capable of shifting your mindset — it just takes practice and focus.

The Power of Masterminds

Friend, let me tell you — one of the most powerful ways Arvin and I both have been able to level-up our mindsets and create more abundance in our lives is by joining Masterminds. Masterminds are incredible tools — they’re essentially groups of like-minded people dedicated to coming together to collaborate, brainstorm, and support each other.

“There was such a relief to walk into a room of like-minded people. I think every single one of us walked into that room feeling like the imposter. … But no, you walk in, and … everybody [starts] to share like what their experience was, and I was like, ‘Oh my gosh, I’m going through that too.’ … And when I was able to connect everybody like that and realize that we’re all just doing our best to figure things out, man, … it was liberating.” – Arvin Anderson

Masterminds are the perfect place to go when you’re struggling. When you don’t know what to do or how to create more success in your business, it’s easy to feel inferior. But in a Mastermind, you’re surrounded by people who are experiencing the same kinds of challenges you are. And when people get together to courageously share their struggles and support each other, they find creative solutions to the problems and level-up their whole lives.

But not only are Masterminds an incredible forum for support and creative problem-solving, but they’re also a great place to go to get accountability. If you want to have a team of people standing behind you and waiting expectantly to hear about the success you’re creating in your life and business, look no further than a Mastermind!

Most Masterminds are led by someone a step or two above the other participants. For example, if you’re trying to build a six-figure business, you’ll probably want to participate in a Mastermind led by someone who is already running a six or even seven-figure business. They’ll have plenty of wisdom to share! And you’ll have the support of someone who has been where you are as well as others who are experiencing the similar challenges right alongside you. Those people will hold you accountable, and that will ensure you achieve success.

Guys, this episode was powerful. Arvin has so much wisdom and expertise, and I loved having him on the show! I know I learned a lot from our conversation, and I’m hoping you did too!

Before I sign off, I want to share one more brilliant piece of wisdom Arvin shared from a former coach of his:

“One of the most powerful things that he ever shared with me was: A successful person — they know two things before they walk into a room. They know the outcome that they’re after, and they know the state that they need to be in to create that outcome. … Before I walk into a room, it’s like, ‘Why am I walking in here? … How do I need to show up?’ … And you get into that state, and you step in and execute.” – Arvin Anderson

I love that. Whether you’re walking into the office or your Mastermind group, figure out what outcome you want and what state you need to be in to create that outcome. Choose to be a person who brings energy into the room and creates productivity and success — you’ll be amazed at how your energy will be returned to you!

If you loved this episode, please share it on Instagram! Post a screenshot, and make sure to tag Arvin, @arvin_anderson, and me, @andy_neary. We’d love to hear what your biggest takeaways from the episode were!

And if you have an extra minute today, please subscribe and leave this podcast a five-star rating and review over on Apple Podcasts. Help us get the word out!

Until next time — remember that you can shift your mindset! It just takes conscious focus and a little accountability and support. Now go make it happen today!