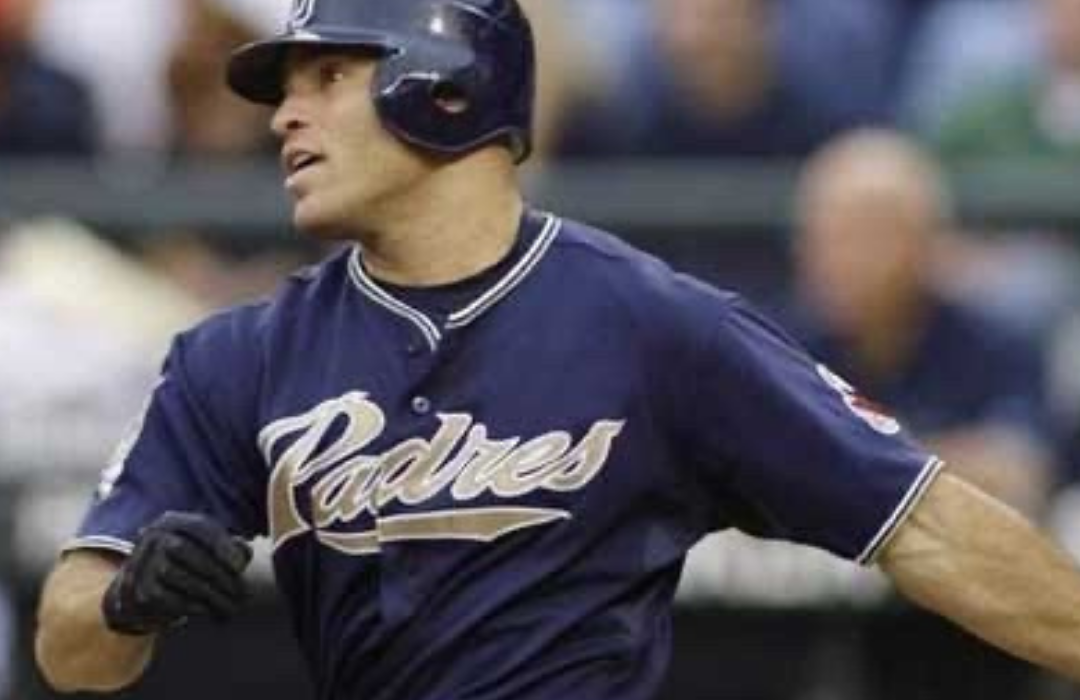 Hey, hey! We are back for The Bullpen Sessions, and today, I have a guest whose family has made a lasting impact in MLB for three generations. This interview will absolutely blow your minds away!

Today on the show, I have the honor of introducing you all to Scott Hairston. For all you diehard baseball fans, this name may send chills down your spine (the good kind). Scott has spent nearly a decade in Major League Baseball, and his family is one of the only three in MLB history to have three generations play in the big league. The last team Scott played for was the Washington Nationals.

In this interview, we talked about Scott’s early life in a family surrounded by baseball lovers and how it shaped him. We discussed his achievements and how the sport helped him succeed off the field. Along with his grandfather, father, and brother, Scott made a huge difference as a professional baseball player in the big leagues.

This conversation will help you understand how athletes handle pressure and come out on top to be winners (and how you can too).

Who Is Scott Hairston?

Even though Scott Hairston is such a big name that he needs no introduction, I want to share a few of his accomplishments with you all just the same!

Scott Hairston was a professional baseball left fielder for major MLB teams during his ten years in the sport. He has played for Arizona Diamondbacks, San Diego Padres, Oakland Athletics, New York Mets, Chicago Cubs, Washington Nationals, and the Chicago White Sox throughout his sparkling career. He has been involved continuously with MLB and is currently coaching his son’s baseball team.

Scott’s grandfather, Sam Hairston, played in the Negro Leagues Baseball and Major League Baseball. He was the first African American player to play for the Chicago White Sox.

Scott’s father, Jerry Hairston Sr., played 14 seasons in the Majors, and most of them were for the Chicago White Sox. And Jerry Hairston Jr., Scott’s brother, played 16 seasons during which he helped the New York Yankees win their 2009 World Series. The Hairston’s were the only family to have three generations play for the same team: Chicago White Sox. Talk about a huge legacy!

Outside sports, Scott is currently working with a fantastic craft winery in Texas called Scout & Cellar. Scott is using his elaborate experience in sports to grow a steady and quality wine business. He’s a testament to how an elite athlete’s mindset prepares you for the business world, which is what we’re all about on this show!

It was such an honor to have someone as inspiring as Scott Hairston on The Bullpen Sessions and hear his story. I know it’ll inspire you, so let’s get into it!

Scott Hairston: From the Early Days to the Major Leagues

Being the son of a professional baseball player and another’s grandson, Scott spent a lot of time in the clubhouses and dugouts. He was always surrounded by big names like Carlton, Fisk, Harold Baines, etc. In short, he was immersed in the world of baseball.

At home, Scott would listen to his grandfather’s and uncle’s stories both on and off the field. His grandfather, Sam, had 11 siblings, and he was the eldest of them all. And being the oldest meant he had to provide for them and then raise his kids. These stories taught Scott how privileged he and his brothers were, and they made him work harder to make a name for himself.

Scott had to face a lot of competitiveness in the family when he was growing up. He has two older brothers with whom he spent time playing baseball, football, and basketball. Scott was three and four years younger than Jerry and Justin, and he was always playing against them. It made him raise his game and toughen up since his brothers never wanted him to be around their older friends. The whole situation allowed Scott to gain confidence and determination that later helped him around kids his age. As he got older, stronger, and wiser, he made his way into the arena of professional sports.

“I grew up in a clubhouse, so with that along with being around older siblings [and] older relatives … inspired me and then just motivated me to just kind of follow and continue our family tradition. And … I was the last male in my family. So that just made me want to just finish the … [family] story.”  – Scott Hairston

Scott Harison is such a testament to the fact that if you work hard, anything is possible. He had huge shoes to fill as a Hairston, but with enough determination and drive, he was able to make it to the big Leagues and beyond.

And let’s be honest — no one makes it directly to the Major Leagues. It is always a huge step up from T-ball to middle school league to junior varsity to varsity and to college ball.

Scott felt the same way when he got to make the jump from the Minors to Majors. When Scott made his Majors debut, he noticed how “everything was faster and more refined.” From pitchers to hitters, all the players are more established and polished. When you witness a Major League Baseball game, the whole atmosphere has a different vibe, with players performing at the highest level surrounded by a substantial diehard crowd on famed grounds.

For Scott Hairston, his most significant moment as a rookie player came when he had a hitting streak for 14 games straight. He was only 24 years old, and it was a phase when Scott was still trying to understand himself as a player and his abilities. And when he helped his team win matches with vital strikes, that’s when Scott realized that he belonged in the Majored. It motivated him to practice harder and push his boundaries to reach his fullest potential.

The Importance of Being an “All-Rounder”

After retiring from Major League Baseball, Scott is now coaching budding players from age group 14 and under. And during all these years coaching, he has realized how important it is to be a utility player or an “all-rounder.”

“I coached at 14 and under, … and I have several players that are hopping around … my son as well. Both of my boys play multiple positions, and I kind of want it to be that way. And there’s so much of an advantage … [when] you can play multiple positions. You don’t want to be that player nowadays that says, ‘Okay, I’m just a shortstop; that’s all I play.’ And then you wind up, you go to high school, and then there [are] two other shortstops competing for the same position. And then if you don’t know how to play another position, that can be detrimental to you as a player.”– Scott Hairston

Scott feels that playing at different positions allows you to adapt and change according to the game’s nature. It makes you versatile and raises your value as a complete package! I feel like this can easily translate over to business as well — how can you be a well-rounded employee, boss, or entrepreneur? It’s great to operate in your zone of genius, but you’re more valuable if you have other skills as well. Scott explained how being a “all-rounder” helps in baseball:

Are you an all-rounder? Do you just stick to what you’re comfortable with, or do you try to do new things? Always venture out of your comfort zone — you learn more skills, have more experiences, and like Scott said, you’re a much more valuable player for the rest of your career.

Scott had a stellar baseball career where he broke records and gained fame like no one else. He has continued feeding his passion for baseball by mentoring young baseball players, including his kids. But Scott has not stopped there.

He is now using the mindset he learned from his baseball career to become a businessman, teaching people about craft wine.  Scott is working with Scout & Cellar, a craft winery based in Texas that’s dedicated to showcasing the authentic form of wine made without using chemicals and additives.

“I just educate people just on clean, crafted wine. There [are] many people out there that are unaware of how wine is made. … And so, unfortunately, here in our country, there [are] a lot of approved additives that are added into wine. … And then [most] vineyards are sprayed with pesticides, and those pesticides seep into the grapes. And then in the winery, more additives are used, and those additives can be harmful, very harmful to our health.” – Scott Hairston

Scott explained how playing professional baseball has taught him to be passionate about what you do, and he is certainly passionate about educating people about healthy craft wine. This job has also allowed him to interact with people during wine tasting, and through these interactions, he’s able to help people without expecting anything in return. One instance of this is when he helped his friends start enjoying wine again:

“I like helping people get better — like whether it’s baseball or wine. … I’ve had a few friends of mine that had to stop drinking wine. They had [gotten] strong headaches. … And so they stopped, and then they came across my Instagram or whatever, and they [said,] ‘Hey, what’s the Scout & Cellar stuff?’ … And [they have] no side effects, no nothing. … This is why I do it — for that reason to help people.”

There’s no question that Scott is a very skilled baseball player and businessman, but what I appreciate most about him is his desire to serve people. He doesn’t want to just be successful — he wants to have an impact. When you have an impact that fuels your passion, you’ll be unstoppable.

Scott Hairston is a huge inspiration — both on and off the field. His records and numbers themselves are capable of showing how great of a sportsperson he is. His whole family is the pinnacle of ingenuity and sportsmanship. Now, Scott is inspiring even more people through his work at Scout & Cellar — this exciting venture into winery showed him how much he loved helping people. I was so honored to have this inspiring man on the podcast today, and I’m sure you learned a lot from him!

As a top-level athlete, Scott is an example of how perseverance, hard work, flexibility, and open-mindedness to new things can lead you to a successful life! If you want to learn more from Scott, you can follow him on Instagram or you can message him on LinkedIn.

If you found this episode useful, then share your thoughts with us! Tag Scott, @scotthairston12, and me, @andy_neary, with a screenshot of the episode and the most impactful thing you learned from this podcast on Instagram. And while you listen to this podcast, remember to share it with your family and friends on social media, and give it a five-star rating on Apple Podcasts

Before I leave you, I want to say this: Always persevere! Do what you are passionate about and pour your heart and soul into it. You may fail today, but consistent hard work and dedication will always pay dividends. Keep crushin’ it!