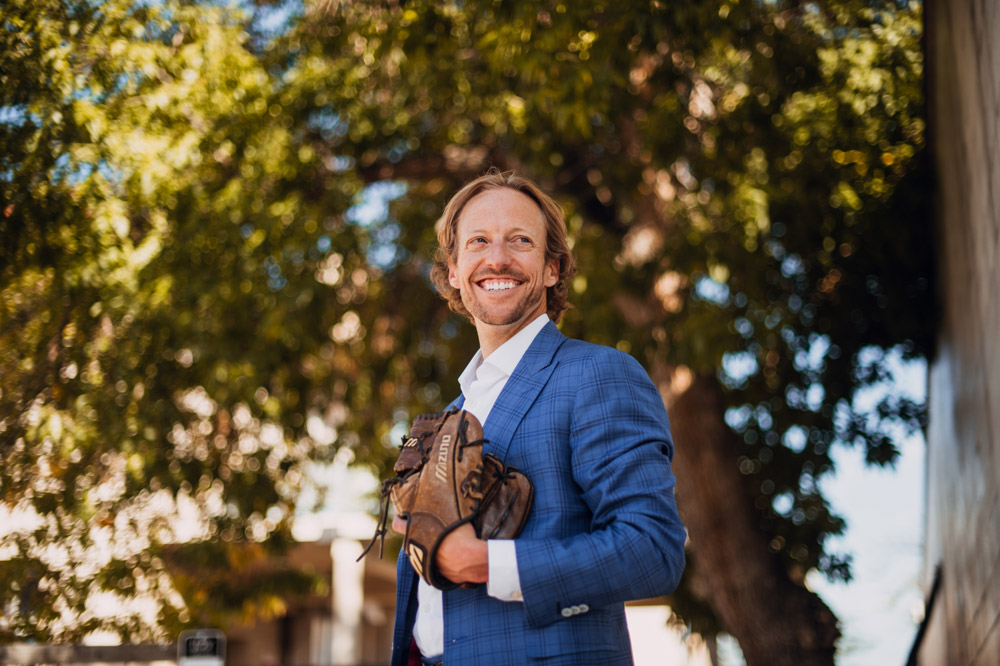 Hey, hey! It’s Friday, and you know what that means! It’s time for Friday Bullpen Sessions.

Before I get started, I want to talk to you about mentorship. What is a mentor? Who can be a mentor? Who are the mentors in your life?

When I say the word “mentor,” you probably think about someone you’ve known for a long time, right? You may think of an older and wiser individual you regularly meet at a coffee shop to talk about life and business and share wisdom. But guess what — mentors don’t have to be people you have these long-standing friendships with. In fact, you don’t need to know them personally at all.

When I think of my mentors, I think of some people I know — like Chris and Lori Harder and Nelson Griswold, just to name a couple — but I also think of some people I’ve never met in my life. For example, I used to watch a lot of Darren Hardy videos, and I even took a couple of his online courses. I never met the guy, but he still had a big influence on who I am as a businessman.

But when I think through all the people who have mentored me — personally or not — the number one person who stands out in my mind is the man who requires no introduction — Gary V. Gary Vaynerchuk is one of the most successful entrepreneurs of all time. When he was three or four years old, his family emigrated to the United States from Belarus. He realized that he had an addiction to entrepreneurship at a young age, and today he works with Fortune 500 companies and charges a quarter of a million dollars for a keynote speech.

Needless to say, Gary V is a huge source of inspiration for me. That’s why, when I was first starting out and realizing I wanted to start a business, I decided to make it a habit to watch one of Gary’s videos first thing every morning. I’m proud to say that now, more than a year later, I am still in that habit!

#1: Stop Fearing the Judgment of Others

I cannot tell you how many conversations I’ve had in the last few months with business professionals who want to take their businesses to the next level and know they have to get on social media to do that, but they’re avoiding it because they’re afraid. And I get it — the criticism and backlash you might have to face on social media can be brutal. But here’s the thing: It’s 2020, folks. Social media isn’t an option anymore. It’s a necessity.

I remember attending a Mastermind two or three years ago, and another member of the group challenged me to write a controversial article. So, I wrote a blog post calling out health insurance advisors and stated that “you either start innovating, or you will be dead.” And oh my gosh, did that create an absolute firestorm of comments. So many health insurance advisors took what I wrote personally, and they hit me with a whole lot of backlash.

At the time, it paralyzed me. It was terrifying to have so many people disagree with me, and it made me doubt my abilities as a salesman. But fast forward about a year, and I’ve started watching Gary’s videos. I now understand what it means to eliminate the fear of judgment.

And the truth is, it’s just about speaking, writing, and posting from your heart. And feel free to experiment! Try different things with your social media posts — you’ll quickly figure out what works and what doesn’t. Some of my posts fail, and others are unbelievably successful, but either way, I’ve learned something, and I’ve posted the content that feels authentic to me.

Do you still feel tethered to other people’s criticisms? I want to encourage you today — don’t give a shit about what other people say. When you post from the heart, you’re going to get backlash, but you don’t want to work with those people anyway. And when you present your authentic self on social media, the right people will show up and connect with you.

#2: You Are a Media Company

Lesson #2 is definitely related to lesson one, but it’s a little different. It’s important to disregard other people’s opinions of you because of lesson #2 — you are a media company. If you are going to be a business owner, you need to create as much content as possible and put yourself out there.

I don’t think there could be anyone more proficient than Gary Vaynerchuk when it comes to content creation. Seriously, check out his YouTube — I don’t think anyone could ever watch all of his content! He produces a TON of content because he knows that putting himself out there and consistently marketing himself and connecting with clients is the only way to do business in today’s media-driven world.

And here’s the thing — you’re going to annoy people. You’re going to be criticized for putting out so many videos, so many Instagram posts, so many blogs, and so many tweets. But remember — the people who criticize you aren’t going to do business with you anyway. And the people who do respond to your message might need to hear it a few times before it truly resonates.

If you’ve been around for a little while, you’ve probably heard me state my message several times. And if you continue to stick around, you’ll probably hear me say it a few more times, too. But I’m okay with that because I never know when a piece of content is going to hit someone at the right time. I may post the same message 12 different times, and if it resonates with someone on the 11th time, that’s all that matters.

So if you want to run a successful business, realize that you are a media company and know that marketing needs to be a significant portion of your budget. Start creating videos, start writing articles, even start a podcast! Put yourself out there — it’s the only way you’re going to rise above the noise and stand out from the rest.

#3: Be Patient with Yourself

This third and final lesson I’m going to share with you today is probably the most important one I’ve learned in my business career, and it’s that you have to be patient. You have to play the long game. I don’t care if you’re 25, 35, 45, 55, or 65 years old — you have to plan on slow and steady growth over the long term.

Here’s the truth: There is no such thing as an overnight success. I can’t tell you how many times I’ve spoken with an insurance advisor who is disappointed because they’ve been in business for two or three years, and they’re not running a half-million-dollar business yet. That just does not happen.

But still, there are a ton of people out there looking for a quick fix or a silver bullet. They’re hoping to create that instant overnight success, but I promise you, it just doesn’t exist. Business is not about getting rich overnight. It’s about creating long term plans, taking consistent action, and ultimately building the kind of sustainable success that will help you create your dream life for years to come.

It just takes patience. So make patience your superpower! When everybody else gives up, you keep on going. Keep putting in the work when nobody else is watching, and it will pay off.

I think about my brief baseball career. When I started playing professional baseball, I was 21 years old. But I started playing baseball when I was just four, so that moment of success was 17 years in the making. I spent 17 years working, planning, training, and trying, and only at the end of all that time did I actually achieve the victory I was striving for.

If you’re an entrepreneur who is not happy with the level of success you’ve achieved so far, I just want to encourage you — don’t give up. Keep going. Have you ever heard that old story about the miner who was digging for gold? He kept digging and kept digging and kept digging… and eventually, he gave up. But right after he left, a new group of prospectors showed up and found that the gold was just three feet to the left. If the first miner had kept digging, he’d have found it in due time. But instead, he left and let others profit off his hard work.

Don’t be like the miner in that story. Don’t give up just because success is taking longer than you thought it would. You have the power to succeed — it just takes a little patience.

What Lessons Have You Learned from Your Mentors?

And there you have it! Those are the top three lessons I’ve learned from my year and a half of watching Gary Vaynerchuk’s videos. Gary is an amazing man and definitely one of my top mentors, and I’m incredibly grateful for the wisdom and business sense he’s given me over my journey so far. I have no doubt he’ll continue to be a significant mentor for me, and I look forward to learning even more!

And if you haven’t checked out any of Gary’s stuff, definitely look him up on YouTube. He has more videos than one person could ever watch, and they all provide really high-quality advice and coaching!

And if you have any major lessons you’ve learned from your mentors or any big takeaways from this episode, definitely tag me on Instagram! Share a screenshot and make sure to tag @andy_neary. And don’t forget to leave a five-star rating and review over on Apple Podcasts!

Thanks so much for joining me today, guys! Before I go, I want to give you two special offers: First, I want to invite you to join my Complete Game Mastermind. This is my coaching program, and it starts in just a few days! Masterminds are a great way to get coaching and put yourself in rooms with other entrepreneurs just like you. You can start building your community and gathering people around you who will support you and your growth.

Thanks again, everyone! I’ll talk to you guys later!